CROMPTONS IN SOUTH & MID-WALES  FROM THE CAMERA OF R.W.RANSON PAGE 1 of 2

At an evening meeting in Newport of the Momouthshire Railway Society on 18th April (2000), Bob Ranson gave a show of part of his large collection of transparencies, many of his native South Wales. Some of the photographs shown were of Class 33’s about the business of railtours and crew training, a number of which date back to the Spring of 1985. When approached on the matter of displaying them on the S.E.L.G. website, I am pleased to report he very happily agreed. Thank you Bob.

All photographs strictly © of R.W.Ranson 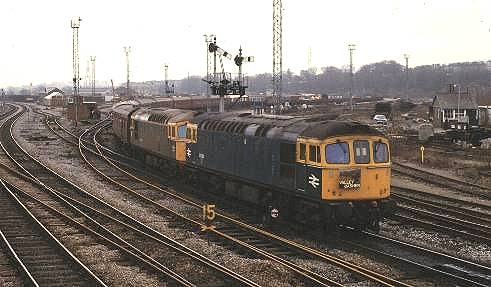 With the 07.40 1Z38 Finsbury Park – Welsh Valleys “Valley Basher” on 28/2/87, 33062 leads 33025 “SULTAN” passing through Radyr (above). The large yard is behind as the train comes off the City line approaching Radyr station on it’s way to Nantgarw coke works facility. Besides 33062 being withdrawn 7 months later after sustaining collision damage at Park Royal sidings and cut up at Vic Berry’s 9/90, this location has changed completely – the yard has been lifted, the signals modernised and track layout rationalised. Also, Nantgarw no longer has a coke works.

Below, the pairing pass the once roomy station layout at Nelson & Llancaiach taking the deviation (as it was then) to Cwmbargoed. The other track would have gone to Taff Merthyr, Trelewis and Deep Navigation collieries but all since gone. The challenging gradients on the Cmwbargoed freight only branch necessitates the piling on of the power to stand a chance on the unadulerated, uncompromising, thrash to the top of the hill. 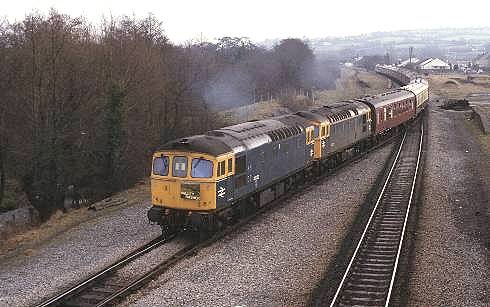 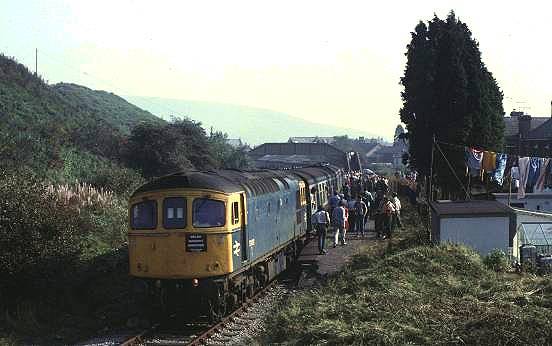 Pictured below, and 6 miles to the South East of Maesteg, 33019 near Black Mill, in the picturesque Ogmore Vale, on the run up to the Ogmore Valley Washery. At the top of the Valley, Wyndham colliery was the last to close in the Ogmore Vale but the Washery survived the closure, providing coal washing facilities from other sources until it finally circumed in the late 1980’s. 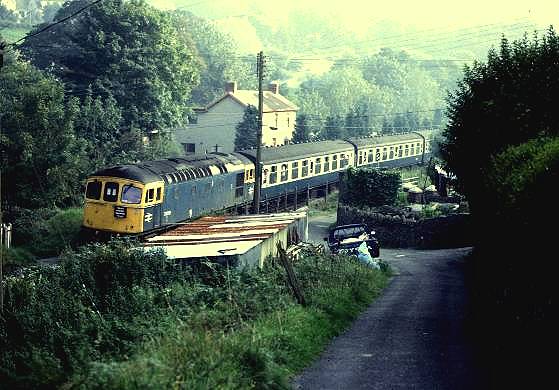 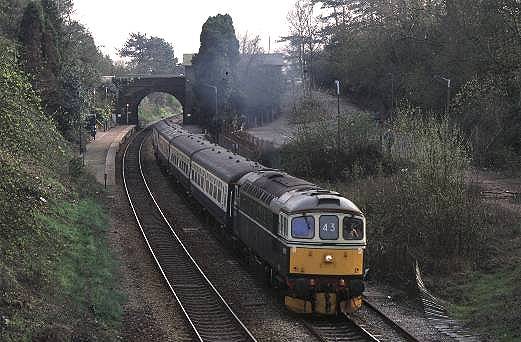 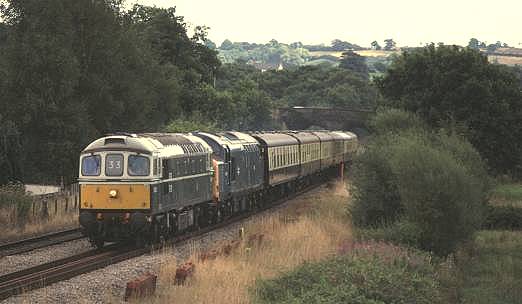 In what seems to have been a warm-up for the then forth coming Rugby World Cup Specials in October 1999, 33208 leads 37029 on an ECS working, returning to Crewe from Cardiff as the 15.18 1Z71 ON 14/8/99. Here passing through Ponthir just to the North of Caerleon on the Welsh Marches route.