Our Group Secretary at the time, found himself spending a few days in the South West at the beginning of June ’01. With camera in hand, he was able to gain access to some of the Cromptons down that neck of the woods, always with the full permission of the authorities. This is especially true when at Eastleigh.

The following are a selection of images taken of class 33’s that will ultimately have varying degrees of success when it comes to remaining in one piece in the short to medium term.

5th June 2001 : 33110 under cover at the Bodmin & Wenford Railway. Details on the recent restoration include the removal of ETH and buckeye couplings on both cab ends. Despite the full repaint in BR Green complete with the BR Lion, the locomotive retains its yellow SR civil engineers markings under the cab side windows! 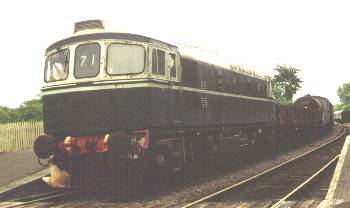 7th June 2001 : 33034 at Corfe on the Swanage Railway. Rescued from Ludgershall in January 2001, recent restoration has seen the external appearance improved with the fitting of snowploughs and the replacement of cab and engine room windows during June 2001. It is intended she will receive the power unit from 33204. Restoration by the 71A Group is expected to take 3 years. 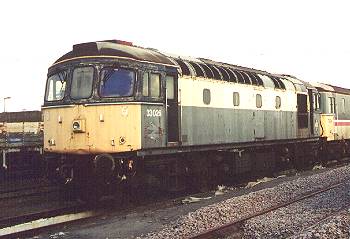 8th June 2001 : 33026 at Eastleigh at the time when it was on a second tender list due to the lack of interest when on the first list. Perhaps it hasn’t got a lot going for it. 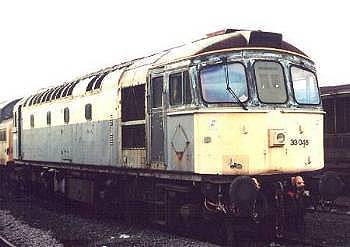 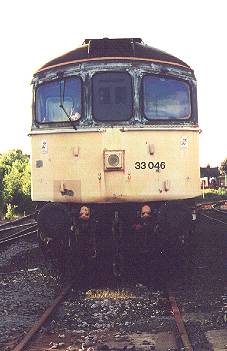 The sensible money would surely back 26 & 46 to eventually end up in someones kitchen under several layers of white enamel. What about an automobile?