Photographs and text by B.Thomas

On the 25th August 2001, 33048 ran additional service trains on the West Somerset Railway, it’s home line. I managed to catch up with the loco at Minehead after arriving there on the 12.59 off Williton. I had intended to catch 33048 on the 12.05 departure from the latter but missed it by a few minutes. The weather that Bank Holiday weekend was pretty good, considering, with plenty of warm sunshine at the coastal resort. Perfect for colour photography. Here’s a sample of the day’s events. 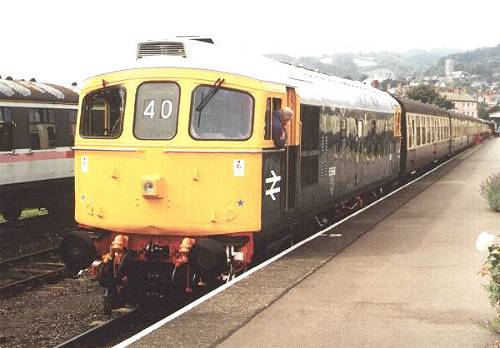 Having stepped off the train at Minehead at around 13.40, I found 33048 (mascarading as 6566) shuffling around the station with stock, preparing the 14.50 departure to Williton. It had arrived earlier with the 11.30 from Bishops Lydeard.

Records show 33048 entering service in August 1961 at depot 73C, Hither Green, where it stayed until Nov.’85 when transferred to Stewarts Lane. On 15th Jan.1995, 048 was switched off in serviceable conditions.

In need of cash and sustenance, I strolled off the station for 15 minutes which is where I passed 7820 ‘Dinmore Manor’ being cleaned at the shed. 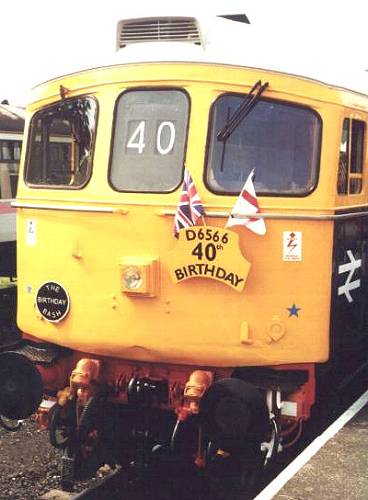 33048 (D6566) adorned with celebratory decorations before the next service train. There were some 12 to 15 interested people gathered around 6566 for over half an hour while we sipped at champagne and consumed birthday cake. 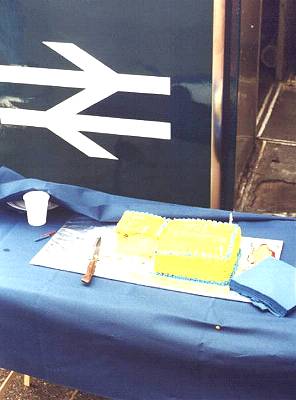 The partly consumed birthday cake served up next to 6566, and very nice it was, too. 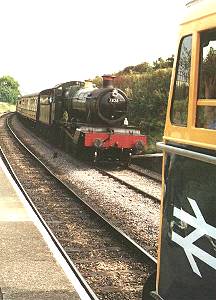 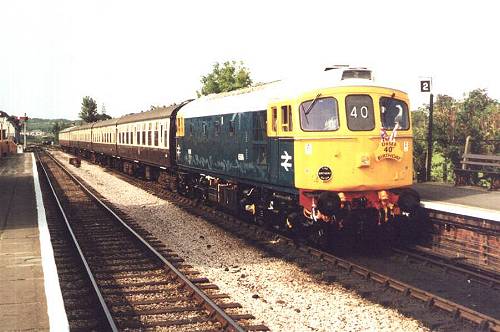 Having arrived at Williton, 6566 prepares to detach and run-round to form the 3.45 back to Minehead.

The fine paint job on 048 is all apparent. It was only completed within hours of its first train out that day. Something you would be aware of when stood next to it, due to the strong odour! With the white roof and red buffer beams, it’s very ‘33027’, don’t you think? 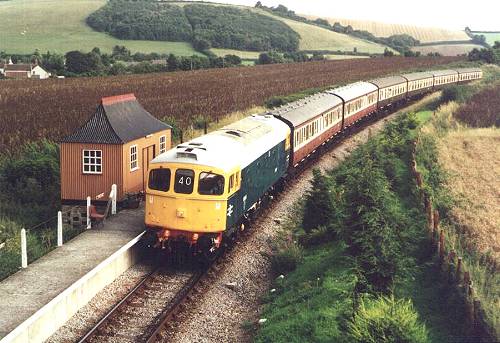 The 3.45 from Williton to Minehead easing through Doniford Beach Halt.