One time SELG member, the Late Mr.G. Clark, highlighted a railtour that took place in the summer of 1990 hauled by one of our very own locomotives which may have gone forgotten, even by some of our other members who might have travelled on it. As a flashback then, here are some brief details of the railtour that ran on August Bank Holiday Monday, 1990 as organised by the Southern Electric Group. It was billed as Clapham Jcn. to Eastbourne and back using 2 x class 33’s and two TC sets. In the Railway Observer of October 1990 it was said of the Railtour, “An enthusiasts’ special from Clapham Jct. traversed lines in Kent on 27th August, visiting en route Grain, Ridham dock, Ramsgate and the Ashford – Hastings branch (continuing to Eastbourne and back). The train was formed of 4-TC units 8012 & 8015 hauled by 33033 & 33063 in Railfreight grey (one locomotive at each end from Strood to Sittingbourne via Ridham). The item below appeared in the Gravesend Railway Enthusiasts Society Newsletter in the Autumn of 1990 and was originally presented by a good friend of Mr.Clark, H.Lingwood:- 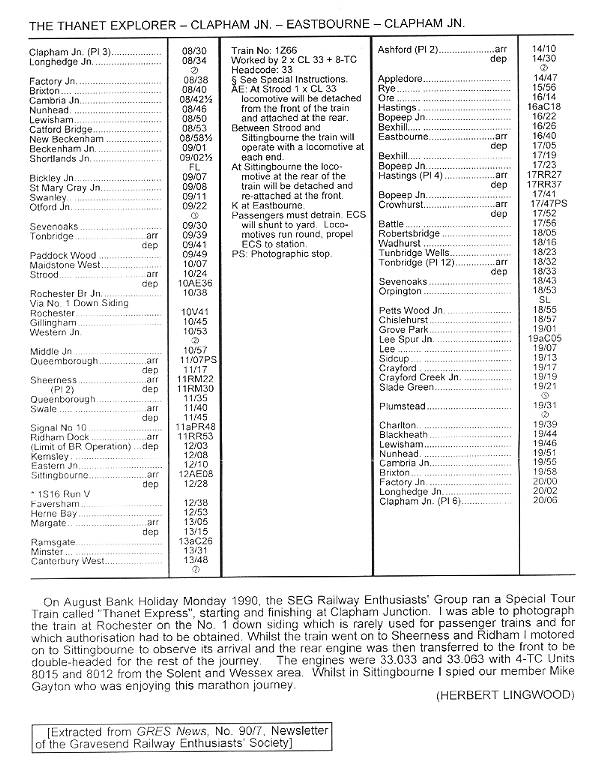 For a bigger, 152k spread of the tour timings, click here* 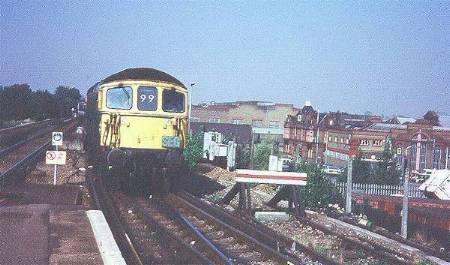 The photograph refered to by H.Lingwood in the paragraph in the above item. Initial indications were that is was taken as the tour entered Rochester No.1 Down siding. Unmistakably, this is a 33/1 yet the information about the Railtour indicates 33033 and 33063 to be the locomotives provided for the day. Further details have since emerged in response to an appeal. The informed source is quietly confident this photograph is, infact, the “French Connection” railtour on 31/08/1991 (a full 12 months later) with 33114 leading as it enters Sittingbourne Down Goods loop. This particular tour also visited Dover Docks, Sevington and Dollands Moor. 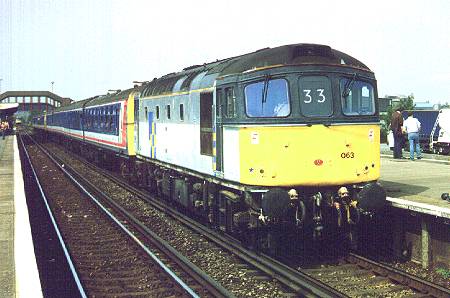 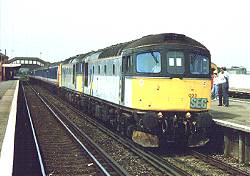 SELG member, D.Robinson, has had a root around in the archives and come up with a few photos of 033/063 when the former was running round at Sittingbourne to re-attach to the front after the top’n tail leg from Strood. 063, above, awaits 033’s company. The pair are pictured, left.

If YOU have any personal recollections of the Thanet Explorer, for use on this page, contact me on the
following e-mail LINK: admin AT SELG_dot_co_dot_uk [change the AT for ‘@’ and do the ‘dots’ thing!]